Yarraville, a residential suburb south of Footscray, is 6 km west of central Melbourne. It is bordered on the east by the junction of the Maribyrnong and the Yarra Rivers, and its southern boundary is the West Gate Freeway.

Yarraville is situated on basaltic land, and bluestone was extracted for ballast for boats on the Yarra River and Port Phillip Bay. In 1859 a railway line from Footscray to Williamstown was opened, which prompted land sales in an estate which the promoters named Yarraville.

A railway stopping place was opened in 1871. The first church in Yarraville was opened by the Methodists (1870), whose hall was the location of a primary school in the following year. Increasing population required the opening of a replacement Common School in 1875, the site of the State primary school (1875-1995). By 1880 Yarraville was an increasingly attractive site for factories, served by the railway and the river for the movement of goods. In 1873 Joshua Bros opened a sugar works, and in 1875 it was bought by the Victoria Sugar Co when its Port Melbourne refinery was burnt down. In 1875 James Cuming rebuilt an acid works factory which had been burnt down after operating for four years. It went on to become the Cuming Smith acid, fertiliser and chemical works, producing superphosphate and diversifying into a large wood distillery factory at Britannia Creek in the Yarra Ranges. Ultimately Yarraville's frontage to the river also included a box factory, the Mount Lyell Chemical Works, Bradford Cotton Mills and a jute works. All were large.

Yarraville's workforce could also find employment northwards in Footscray or across the Stony Creek in Spotswood, in a glass works and agricultural implement factory. Whilst industrialisation occupied a continuous swathe of land along the river, residential settlement in Yarraville was concentrated around the railway station and shopping centre, thinning out towards Seddon or Spotswood. This tended to concentrate residents on local institutions and facilities, and Footscray councillors from the South (Yarraville) Ward were vigilant in attending to local needs. James Cuming was a councillor, and moved house from Carlton to live in Yarraville.

St Augustine's Catholic church (1894) and school (1896) opened on the border between Yarraville and Seddon.

In 1903 the Yarraville Imperial (later Britannia) Football Club was formed, not becoming a member of the Victorian Football Association until 1928. It won premierships in 1935 and 1961. Yarraville, in 1903, was described in the Australian handbook:

Yarraville's shopping centre was at first divided between Stephen and Anderson Streets, but the rebuilding of the railway station in 1893 shifted the focus to Anderson Street. A large corner drapery store was further enlarged in 1917 becoming the landmark Woods Drapery with a tower and rotunda. Entertainment was provided in the Lyric Theatre (Stephen Street) and the St Georges Theatre, but both were outclassed by cinematic spectacle when the Sun Theatre (with a rooftop rising sun), was opened in 1935 in the shopping centre. The cinematic extravaganza coincided with the lifting of the economic depression. Two years before unemployed youth had been encouraged to join a band with the cheapest instruments imaginable: the Yarraville Mouthorgan Band began and continued until the 1990s as a foremost homegrown cultural institution. Another homegrown recreation is Trugo (see Newport entry), which is played at the Beaton Reserve, Fehon Street.

In the original Yarraville area, west of Williamstown Road, there are three public reserves. The Yarraville Gardens, close to Cuming's fertiliser works, was an early reserve interfered with by quarrying. Improvement began in 1913, but with the inclusion of an oval and the Seddon Bowling and Croquet Clubs. The other reserves are the football ground and Beaton Reserve. On the Stony Creek's shores there is the Westgate Golf Course and another park around a backwash at the mouth of the creek.

Yarraville has been described as a working class village, and its village character has attracted an upwards movement in house prices. In 1987 its median house price was 70% of the Melbourne median, and by 1996 it was 90%, many of the sales being four roomed cottages.

Yarraville's heritage sites include the Sun cinema (1938), the CSR sugar refinery (1870s) and the railway crossing gates (1890) in Anderson Street.

In the west of Yarraville, near the Footscray cemetery, there were several large factories. The Davies Co-op cotton mill (Bradmill) was sold to a developer in 2014. The new precinct, dubbed Yarraville Gardens, was planned to have about 1500 houses and a neighbourhood centre including two supermarkets, a restaurant, service station and a medical centre. The former estate is adjoined by the Angliss and McIvor recreation reserves, the latter including the Yarraville Footscray bowling club (formed in 1998 by amalgamation, including the Footscray club that started in 1900).

Yarraville's census populations have been: 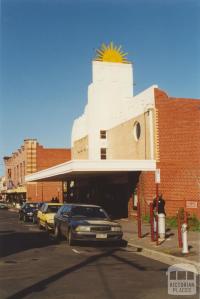 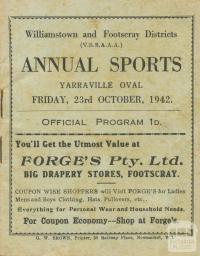