Yarck is one of several villages/districts north of Alexandra, and is 92 km north-east of Melbourne on the Maroondah Highway.

Yarck was the name of a cattle station, thought to be derived from the Aboriginal word yaruk, meaning long river. The area was called Home Creek until 1903, and the first Home Creek school was opened in 1870. It closed in 1873 and another one was opened the following year. In 1909 Yarck also had a post office, a store, a branch bank, a public hall, a hotel, three churches, a mechanics' institute, sawmills and athletic and racing clubs. It was a grazing and dairying district. It had a station on the railway line (1890-1978) from Tallarook to Mansfield.

Yarck remains predominantly grazing and dairying, and the village has a general store, a hotel, a cafe and a hall.The primary school was closed in 1993.

Smaller nearby districts include: Cathkin, which had a school (1905-46) and was the point where the spur line to Alexandra joined the railway line from Tallarook to Mansfield; Kanumbra, north of Yarck which had a school (1897) and in 1940 a post office and two churches; and Koriella, between Cathkin and Alexandra. Cathkin was the name of a property and derives from Cathkin Braces, Scotland. Kanumbra is thought to be Aboriginal for light or human spirit, and the place was named Miller's Pond until 1896. Koriella is thought to be Aboriginal for Cockatoo, and the place's previous names were Alexandra Road and Rhodes. 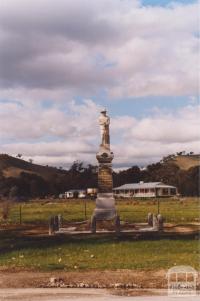 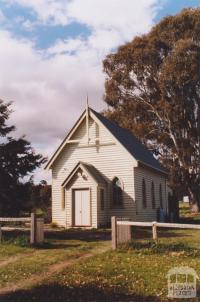