Tongala is a rural township in northern Victoria, 23 km south-east of Echuca. It is in an area with irrigation for stock and domestic purposes, and has a substantial output of dairy products.

Tongala is named after a pastoral run taken up by Edward Curr in 1841. It is thought that the name is derived from an Aboriginal word describing a part of the Murray River.

When first used for pastoral purposes the Tongala area was covered with light timber and open grasslands. In the 1870s farm selections were begun, and by 1874 most of the Tongala district had been selected. A school was opened in 1875 at Tongala East. Dry-farming crops were the chief output until a channel was constructed to convey water from the Campaspe River, 20 km west of Tongala in 1885. Irrigation waters were also supplied from the Goulburn River (1885) and the Goulburn Weir (1891). A railway was opened through Tongala, from Tatura to Echuca, in 1887.

In 1893 Tongala and district was severed from Echuca Shire to become Deakin Shire, with Tongala as the administrative centre. The embryo township had a hotel, general store and a blacksmith's shop in the vicinity of the railway station, a school (Tongala East) and three churches. Ten years later the township had not grown much more, as described in the Australian handbook, 1903:

In 1911 the Tongala Estate was opened up for closer settlement. A local waterworks trust was formed in 1914 for town water, and a new school (in place of the one at Tongala East) was opened in 1916. Crops and dairying were tried, but dairying based on irrigated lucerne did best. Orchards were planted mainly at Tongala East.

Despite difficulties during the 1930s economic depression the population of the township and its immediate locality grew. In 1933 there was a cottage hospital, a picture theatre, a golf course, a recreation reserve and a showground (which held the last Tongala show before it merged with Kyabram's.) The town's importance in the district was strengthened when it gained a consolidated school in 1946, and nearby village schools were closed. Some old rural school buildings were transported to the consolidated site and used until the 1960s. In 2014 the school had 130 pupils.

The rural recession of the 1980s-90s did not hold back the township's growth. In addition to the facilities already mentioned there are two recreation reserves, tennis courts, a bowling club, a swimming pool, a caravan park, three churches, a Catholic primary school and an aged persons hostel. Water is purified for domestic use. The town has an annual Tent Town festival with arts and crafts attractions.

Tongala's census populations have been:

Tongala Family History Group, The way we were; early days in Deakin Shire, 1995 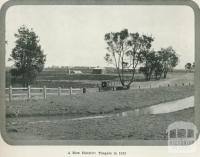 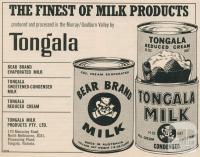