Huntly Shire (1866-1994), north of Bendigo, was proclaimed on 13 July 1866, the successor to a road district which had been created in 1861. It was named after the Huntly parish (1854) which was probably named after Huntly, Aberdeenshire, Scotland.

The shire’s south-west corner adjoined Epsom (Bendigo), its eastern boundary was the Campaspe River and its northern boundary ran through Diggora West. Its area was 878 sq km, unchanged since the shire was created.

The administrative centre of the shire was Huntly, nearly on the edge of Bendigo’s urban fringe. In the south of the shire there were former gold mining areas at Huntly, Fosterville and Bagshot. The Midland Highway and railway line (1864) running north-east through the shire connected Goornong and Elmore to Bendigo. Elmore was the shire’s largest town, situated in a wheat/sheep farming area. The Kamerooka State Park was in the north-west of the shire. The shire was described in 1946 in the Australian blue book: 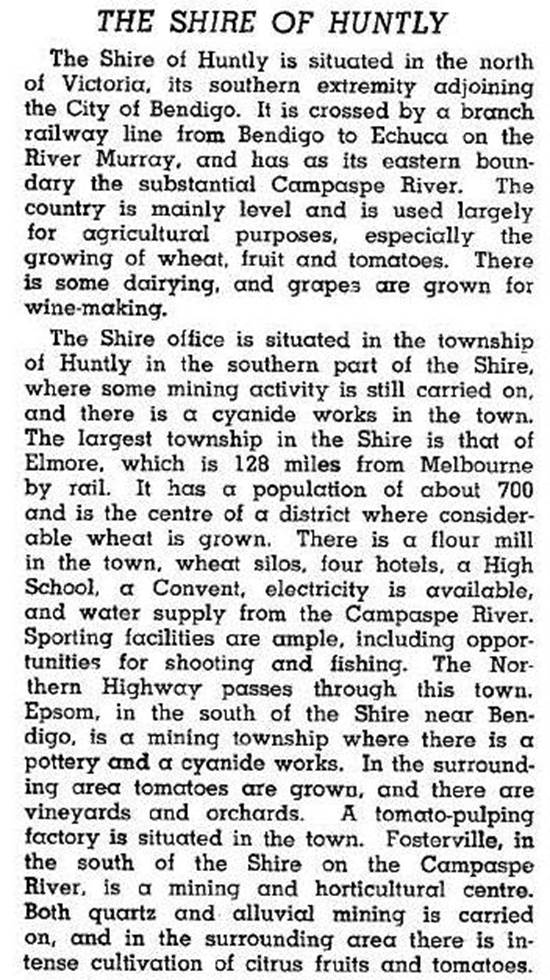 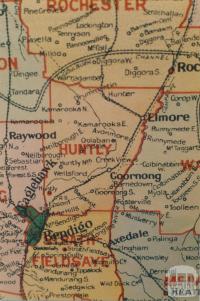 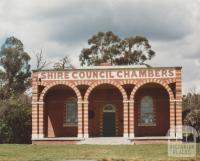 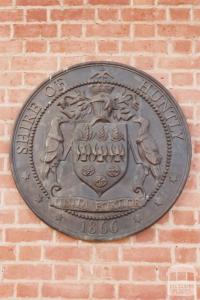