Dingee is a rural village 45 km north of Bendigo, on the railway line between Bendigo and Kerang. Pronounced 'dinghy', the name is thought to have been derived from an Aboriginal word meaning star.

Among the early settlers were Thomas and Charlotte Old, who settled on 65 hectares in 1875. Their son, Ernest, became a renowned long distance cyclist and his brother, Frank, a parliamentarian representing Swan Hill. Ernest Old's autobiography contains remarks on early Dingee.

Until the extension of the Waranga Western Channel brought irrigation water to Dingee, its village comprised only a hotel, railway station and school. An Anglican church was opened in 1926. Within the area of the former East Loddon Shire the focus of agricultural activity moved eastwards from Serpentine to the irrigation area with the railway line. In about 1951 several schools in the shire were closed when a consolidated school was opened a few kilometres west of Dingee. The Dingee primary school closed in 1962.

There is a general store, a hotel, a hall, a recreation reserve, two churches, a bush nursing centre and tennis and bowling facilities in Dingee. Its census populations have been:

Ernie Old, By bread alone: the autobiography of a veteran cyclist, Georgian House, 1950

Michael Sharland, These verdant plains: a history of the Shire of East Loddon, 1971 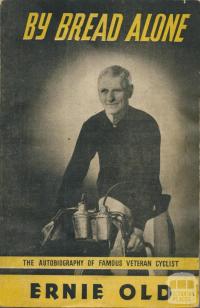 The Blacksmith's Shop at Dingee