Mitcham is a residential suburb 20 km east of central Melbourne between Nunawading and Ringwood, bisected east-west by the Maroondah Highway and the railway line from Box Hill to Ringwood. It was named after Mitcham Grove, a farm property owned by William Slater who grew roses and herbs for perfumes and remedies. An alternative account is that it was named after a property called Mitcham Heights, itself named after Mitcham, Surrey. Previous names were Air Hill and Emery's Hill. All the names acknowledged Mitcham's elevation in relation to adjoining areas.

House in bush setting at Mitcham, 1958 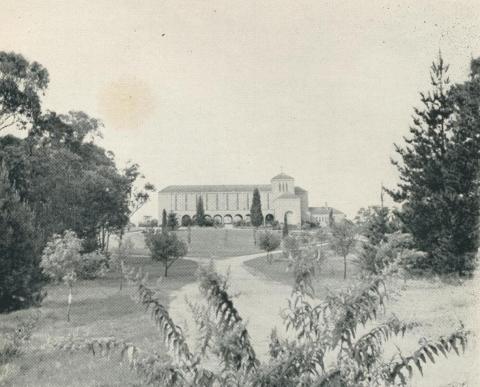 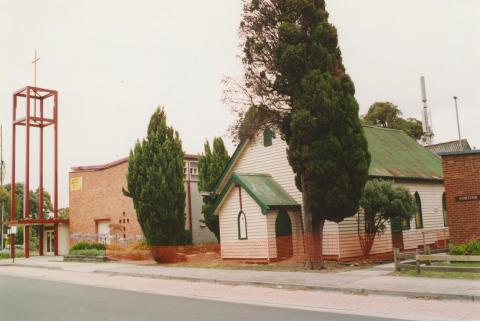 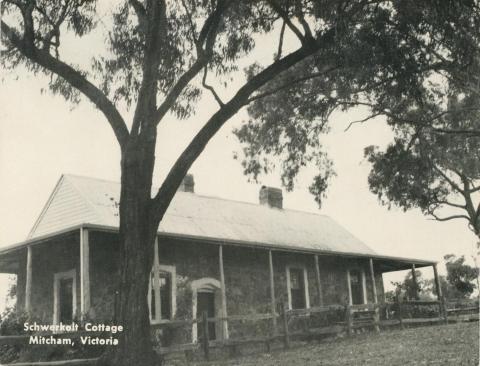 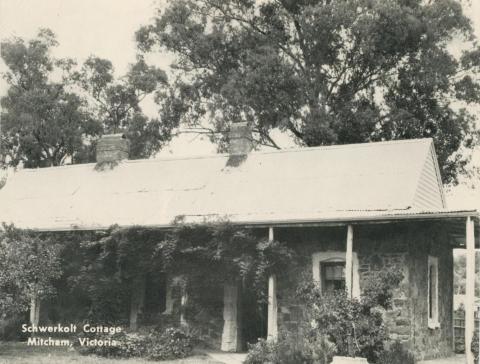 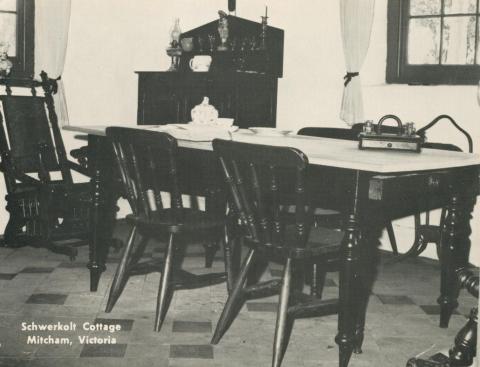