Bannockburn Shire (1864-1994) was formed from the Bannockburn Road District on 30 June 1864, taking its name from the township of Bannockburn. The shire was bounded on the south by the Barwon River and on most of its east by the Sutherland Creek which flows from the Brisbane Ranges. The shire’s area was 700 square kilometres, including Meredith Shire which was added in 1915. Its most easterly point adjoined urban Geelong. 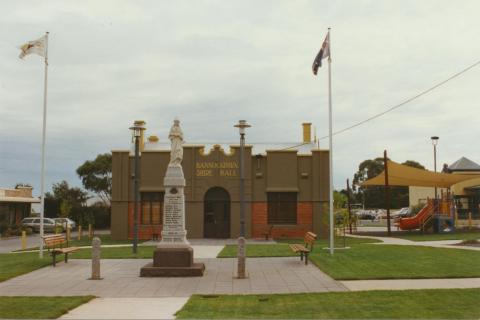