Walhalla borough was constituted in 1872. Walhalla was a gold mining town in a narrow mountain valley in Gippsland, about 185 km east of Melbourne. In 1886, the borough became a shire, in order to include surrounding unincorporated land. The shire boundary extended north to the top of the Great Dividing Range and to the south to the agricultural district of Moondarra, an area of 658 sq km. It included Aberfeldy, Happy-Go-Lucky and Jordan, all gold-mining settlements, but not Coopers Creek which lay just outside the shire’s boundary.

Walhalla’s peak prosperity was during the 1880s and 1890s. From the early 1900s the mines began to decline. Walhalla’s population decreased to the point where the shire could not guarantee a minimum rate income and Walhalla shire was added to Narracan shire in 1918.

Census populations for Walhalla shire were: 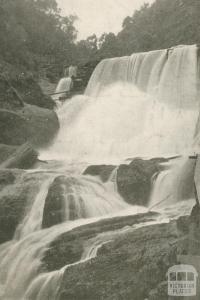 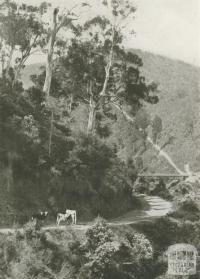