Trentham is a rural township north of the Wombat State Forest, between Daylesford and Woodend. It is near the headwaters of the Coliban River and is 75 km north-west of Melbourne.

In 1859 gold was found in the vicinity of Trentham and the area was known as Clowes (after the proprietor of a pastoral run) or Ogdens Forest (Ogdens Inn being the first in the area). The diggings were part of a band of gold-bearing country which extended south across the dividing range through Newbury, Barrys Reef and Blackwood. The diggings were also known as Blue Mountain. The origin of Trentham’s name is obscure, sources such as Trentham, Staffordshire, England and a Lord Trentham having been suggested. (The Lord is probably fictitious.)

In 1893 the brothers Benjamin and William Trewhella bought a timber mill at nearby Lyonville. They invented a device for handling logs, known as the Trewhella jack, which became the manufacturing basis for their foundry and factory in Trentham. (William had served his apprenticeship at the famed Phoenix Foundry in Ballarat.)

In 1903 Trentham was described in the Australian handbook: 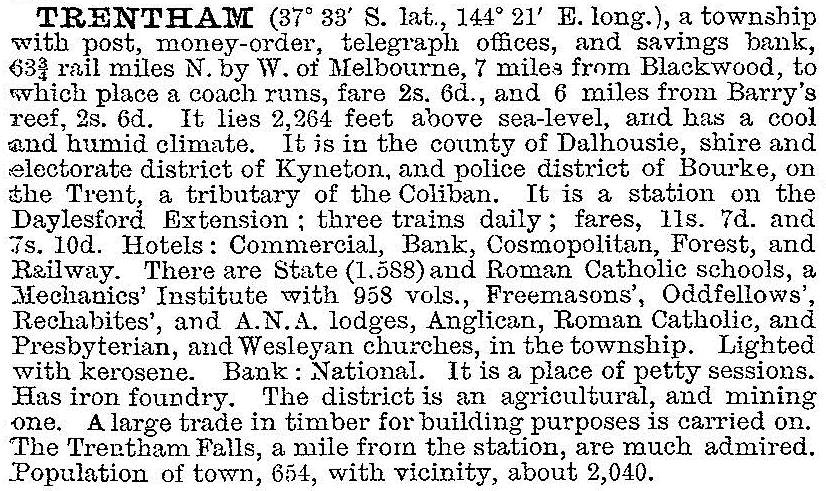 By the turn of the century most of the good timber had been removed from around Trentham, but its economy was assisted by the cutting of firewood, its function as a railhead for Blackwood and employment at Trewhella’s factory. Forest regrowth and plantation forests enabled a timber impregnation factory to be opened after World War II. The elevated, cool climate was also suitable for potato growing and plant and tree nurseries. In 1978 the railway line was closed, but the station has been preserved. Monthly markets are held there.

Trentham has a primary school (97 pupils, 2014), three churches, a hall (mechanics’ institute), a private bush-nursing hospital, a timber-treatment plant and sawmill, a hotel, a golf course, and bowling and tennis facilities. The timber Cosmo Hotel was badly damaged by fire in 2005. A clock in the main street celebrates Trentham's famous country doctor Gweneth Wisewould (1884-1972).

Trentham’s tourist attractions tend to be overlooked because of the town’s location away from main highways. Attractions include the Trentham Falls, the historic Trewhella foundry, a berry farm and plant nurseries. The Trentham water-supply picnic area and Firth Park forest picnic area are in the direction of Trentham East. Still dotted around Trentham’s farms are huts used by itinerant spud diggers.

Trentham’s census populations have been:

Norm Houghton, Timber and gold: a history of the sawmills and tramways of the Wombat Forest, 1855-1940, Light Railway Research Society of Australia, 1980

Gweneth Wisewould, Outpost: a doctor on the Divide, Kilmore, 1971 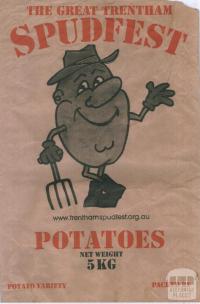 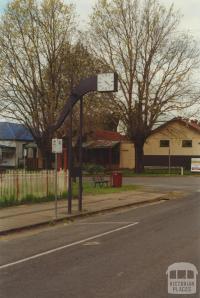 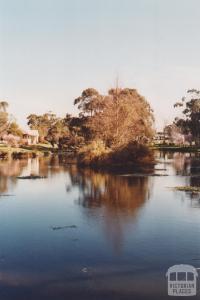