The name Eildon is known for its association with Victoria's largest water storage about 104 km north-east of Melbourne. It is also the name of a town established after the enlargement of the dam (1948-56), and is located about 2 km west of the wall of the Eildon Reservoir.

A pastoral station purchased by Archibald Thorn in 1848 was named after his wife's birth place, the Eildon Hills, near Abbotsford, Scotland. Increased settlement led to the opening of a school in 1863, which was superseded by a state school in 1875. 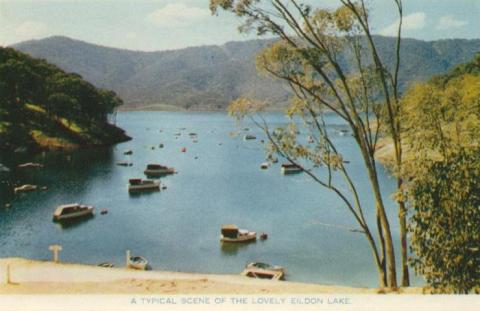 A typical scene of the lovely Eildon Lake 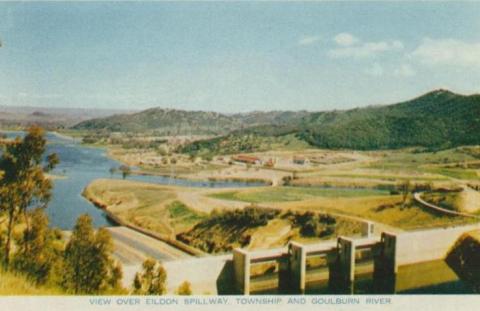 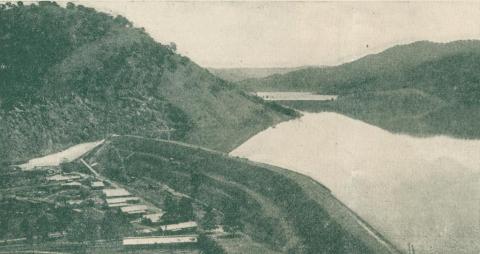 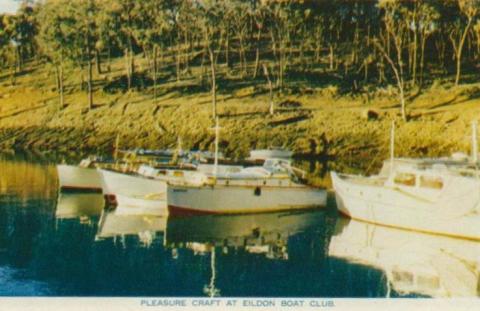 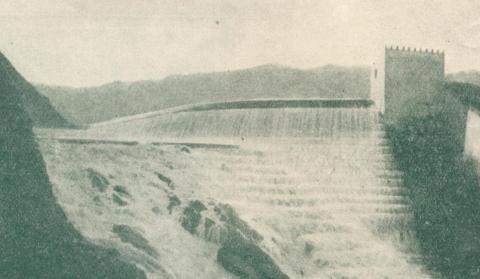 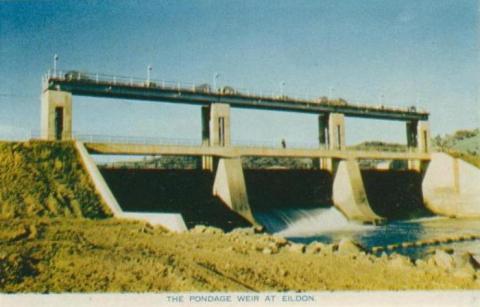 The pondage weir at Eildon 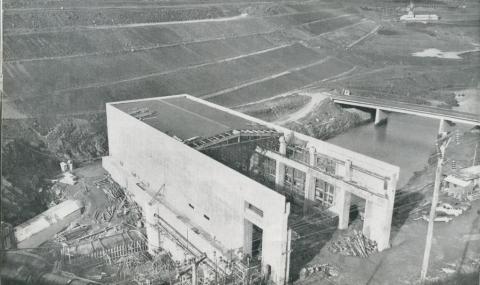 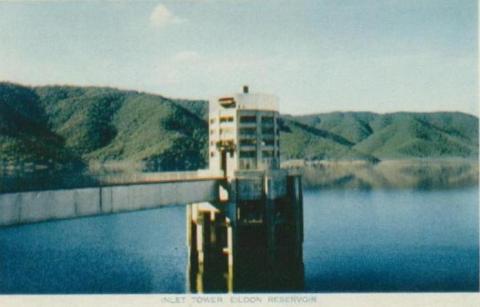 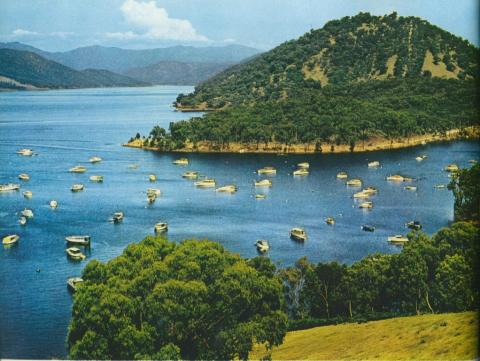 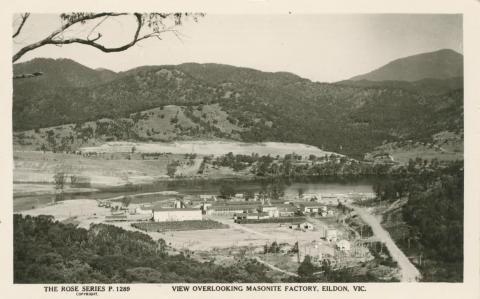