Delacombe is a residential and industrial suburb 4 km south-west of the centre of Ballarat.

Delacombe is on the Glenelg Highway and has one of several heritage-listed mileposts (pre-1870), giving distances between Linton and Ballarat.

Its industrial origin was a munitions factory, opened in 1941 during World War II. It was known as the gun-cotton area. The factory was south of Victoria Park, Newington, and the spur railway line to the nearby cattle yards was extended to the factory. 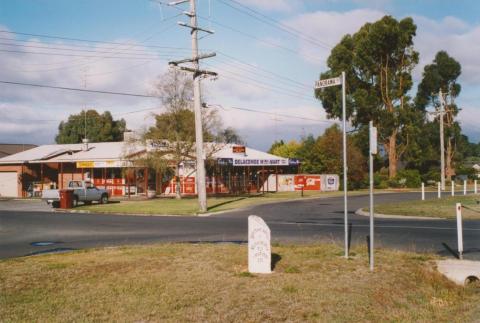