Pimpinio is a rural village in the Wimmera region, on the Western Highway, 17 km north of Horsham. The name is thought to have been derived from an Aboriginal word describing a man squatting on his heels, or children.

A hotel and blacksmith’s forge was established in the Pimpinio area in about 1870, and the Pimpinio school was opened in 1874 in a Union Church hall. When the railway was extended from Horsham to Dimboola, via Pimpinio, a hotel and a store were opened. The store was a branch of Langlands at Horsham. 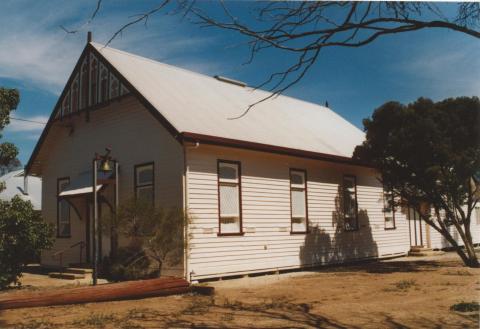