Murrabit (‘Murra-bit’) is a rural village in the Torrumbarry Irrigation Area near the Murray River, 25 km north of Kerang. The name probably arose from the Marabout pastoral run (1848), a subdivision of the Reedy Lake run (1845) which extended as far south-west as Quambatook. It is thought that the name was derived from an Aboriginal word meaning good. 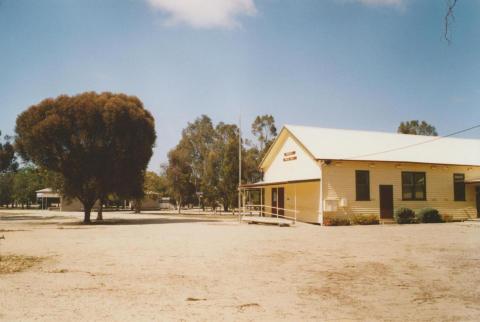 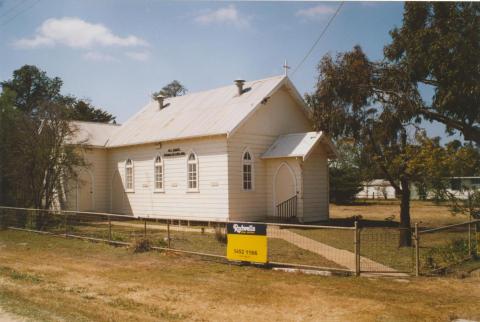 All Saints Church of England, Murrabit, 2007