The Strzelecki Ranges are in Gippsland, running east-west from approximately 100 km east of Melbourne and extending for roughly 100 km. They are comprised of deeply dissected sandstone and mudstone, generally rising from 300 to 500 metres, with the highest point at Mount Tassie, 730 metres.

Before European settlement the ranges were clothed in dense forest, composed of tall eucalypts with heavy undergrowth. Aborigines hunted in the mountains, but the food supply was uncertain and the climate wet and cold, precluding permanent occupation.

The ranges are named after the Polish explorer, Paul Edmund de Strzelecki. In 1840, after climbing and naming Mount Kosciusko, he journeyed into Gippsland. Heading towards Port Phillip Bay, his party entered the north-eastern end of the ranges and struggled through the rugged country for 22 days, finally emerging starved and exhausted at Western Port Bay.

Settlement began in the 1870s when selectors reached the western end of the ranges. Soon settlers also moved south from Morwell into the central ranges. Clearing the forest with axe and saw was a formidable task. Bushfires, although destructive, aided the clearing. The bushfire of 1898 devastated much of the Strzeleckis. The construction of the Great Southern Railway through the western ranges in the late 1880s established the provincial towns of Korumburra and Leongatha. Mirboo North, in the central ranges, was linked to the main Gippsland line in 1886. As the land was cleared, dairying became the main farming enterprise. Today the western Strzeleckis support a prosperous dairy industry.

The eastern ranges are higher, steeper and more rugged than the western slopes. Land was selected in the 1890s and many small communities were established high in the ranges. But the problems of difficult terrain, lack of roads and isolation were harder to overcome here. Cold wet winters, rabbits and noxious weeds further taxed the farmers. World War I created a dearth of labour and the steep terrain precluded mechanisation with tractors. Large numbers of farms were abandoned and many little townships disappeared.

The Forests Commission began to purchase land in the eastern ranges from the 1930s and Australian Paper Manufacturers from the 1950s. Large areas were reforested with plantations of mountain ash and radiata pine.

The Grand Ridge Road follows Strzelecki’s route through the ranges, extending from Carrajung in the east and following a tortuous ridge line through Balook, Mirboo North, the western side of Mount Worth Park and ending near the village of Strzelecki. The road affords spectacular views to the north and south. Mount Fatigue, north of Toora, is one of the best viewing spots in South Gippsland. The natural vegetation has been preserved in several locations. Lyre Bird Walk, near Mirboo North, follows a small creek while the heritage listed Tarra-Bulga Park, 27 km north of Yarram, contains beautiful fern gullies and majestic remnant forest.

The opening of the Grand Strzelecki Track in 2012 joined together national parks in the Wellington and Latrobe Shires. The Grand Strzelecki Track is a 110 km network of walks in the Eastern Strzelecki Ranges connecting the Morwell National Park in the west to Macks Creek in the East, Mount Tassie in the North and Tarra Valley in the South. The project also included refurbishing the Tarra-Bulga Guest House and Lyrebird Café.

W.S. Noble, The Strzeleckis: a new future for the heartbreak hills, rev ed, 1986 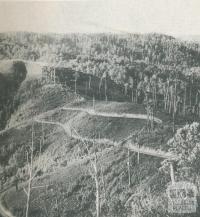 Through the Tarra Valley, 1949 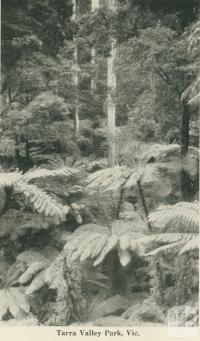 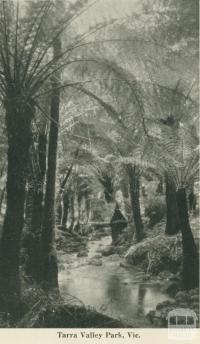 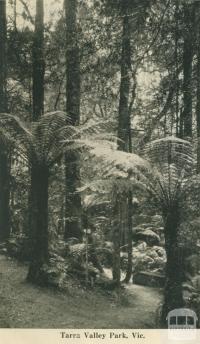 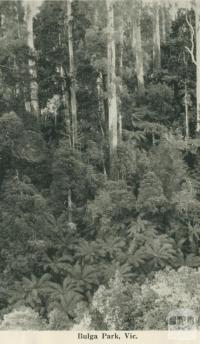 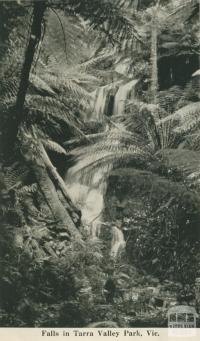 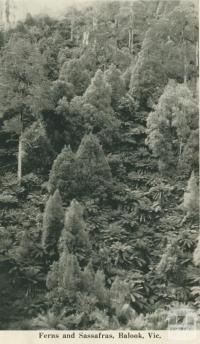 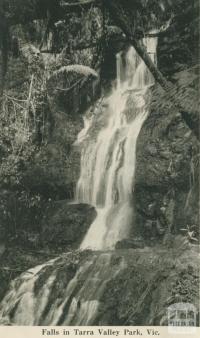 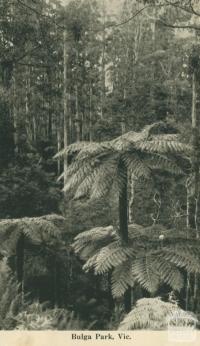