Shelbourne is a rural locality south-west of Bendigo on the road to Dunolly and about 17 km north of Maldon. Although situated between these notable gold-mining places, Shelbourne has had little or no mining. Originally heavily forested, it has been cleared for cereals and grazing.

Shelbourne South school closed in 1902 and the last of them, Shelbourne East, closed in 1970. After about 1948 railway passenger services ended and the line was limited to a weekly goods service. Grain silos mark the site of the former station yard.

Shelbourne’s census populations have been: 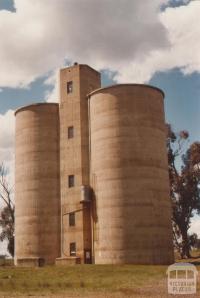