Noorat is a rural village in western Victoria, 6 km north of Terang. It is a short distance north of Mount Noorat (310 metres), a volcanic cone, and Glenormiston is a few kilometres north of Noorat. It is thought that Noorat was the name of an Aboriginal tribal leader.

Both Noorat and Glenormiston are imprinted with Scottish Presbyterianism and the hand of the pastoralist, Niel Black. The Glenormiston pastoral run was taken up by Black in 1840 on behalf of a British pastoral company. In 1869 Black acquired the southern part of the Glenormiston run which he named Mount Noorat. His Mount Noorat homestead remained in the family until demolished in about 1940. The Black family was a generous benefactor to the Presbyterian church (1883) at Noorat, including the N.W. Black Memorial Sunday School and Guild Hall.

Parts of the Glenormiston and Mount Noorat estates were subdivided in 1889 and shortly afterwards, stimulating the growth of farms for grazing and dairying. The Glenormiston Butter and Cheese Factory was started in 1895, transferring to larger premises at Noorat in 1910. In 1903 Noorat was described in the Australian handbook:

The year before the Noorat storekeepers, the Marshalls, had a son, Alan, who attended the local school and went on to become a popular writer. A plaque at Noorat commemorates Alan Marshall (1902-84). Less well known, Frank Rolland was the Presbyterian minister at Noorat, 1908-15. He later helped form the Australian Inland Mission and was the Principal of Geelong College, 1920-45.

At the foot of Mount Noorat there is a recreation reserve which in 1932 became the venue for the first show held by the Noorat Agricultural and Pastoral Society. The show continues as an annual event.

Noorat has a hotel, a general store, a public hall, Catholic and Presbyterian churches, a State primary school (31 pupils, 2014), a campus of the Mercy Regional College, a public hall and a large recreation reserve. Two km south-east of Noorat there is the Guilfoyle designed garden around the ‘Dalvui’ pastoral homestead. The garden is on the Register of the National Estate.

Mount Noorat, although an important place in Aboriginal culture, has a quarry. Another important Aboriginal place, Lake Keilambete, about 5 km westwards, is notable for its tranquillity. The Glenormiston Butter Factory merged with its Camperdown counterpart in 1960 and closed in 1974.

The census populations for Noorat and its environs have been:

Back to Terang and district, Easter 1950, Editorial Committee, 1950

Fraser Sutherland, Recollections and reflections of a country minister, c1974

The rolling years: the story of the Presbyterian church from Kilnoorat 1847...to Noorat 1873-1973, Noorat Kirk Session and Board of Management, 1973 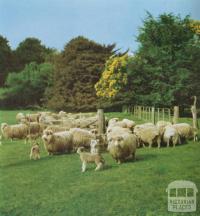 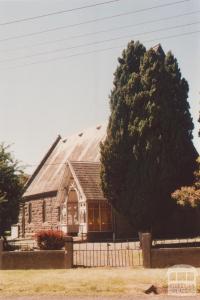 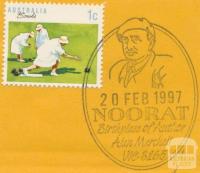