Essentially, the Murray Valley consists of the central part of the river where the waters have left the steep uplands and enter an undulating plain near Wodonga. The plain becomes increasingly flat as the river flows westwards and at Swan Hill it enters semi-desert Mallee plains. The river’s fall may average as little as 14 cm per kilometre, which gives rise to numerous billabongs and anabranches, and the plain enables irrigation water to be gravitationally distributed with relative ease. Between Wodonga and Swan Hill the Murray is joined by several streams from the Victorian side: the Kiewa, Ovens, Broken, Goulburn, Campaspe, Loddon and Avoca are the main ones, all with headwaters in the dividing range that extends westwards across Victoria to the Pyrenees near Avoca.

It has been along these rivers that much of Victoria’s inland agriculture developed. Irrigation has been for pasture improvement, orchards and other crops. Water has also been stored for livestock grazing. The early irrigation projects were undertaken by private individuals and local trusts, and in 1905 the State rivers and Water Supply Commission began the amalgamation of these small units. By 1928 there were three storages on the Goulburn River – Goulburn Weir (1890), the Waranga Basin at Nagambie (1910) and the Eildon Reservoir (1927). The last was by far the largest, impounding water for slow release down the river for continuous irrigation. The irrigation area included Goulburn Valley which in recent descriptions is merged with the Murray Valley as a single agricultural unit.

Control of the Murray River’s waters came with the River Murray Commission (1915), which initially was concerned with river navigation as much as water harvesting. The Torrumbarry Weir (1924) near Echuca serves both purposes, supplying an irrigation district to its west. The Hume Weir (1936) near Wodonga impounds waters from the Murray and Mitta Mitta Rivers and serves a regulatory and continuous-supply function like Eildon on the Goulburn River. Downstream at Yarrawonga, Lake Mulwala and the Yarrawonga Weir (1939) supply the Murray Valley Irrigation District to their west. In Victoria there are thus three irrigation districts, almost contiguous, along the Murray Valley from Yarrawonga to Swan Hill. The third irrigation district is supplied from the Goulburn River (which is Victoria’s largest river system in terms of water flow) and is positioned between the districts supplied from Yarrawonga and Torrumbarry.

Moving westwards along the Murray River from Swan Hill there are irrigation districts at Nyah, Robinvale, Red Cliffs, Mildura and Merbein. All of these obtain water by pumping because of the high river banks. Mildura was Victoria’s first large irrigation site (1886). Merbein, just west of Mildura, and Nyah, were closer-settlement irrigation estates opened in 1909. Red Cliffs, just south of Mildura, was a soldier-settlement estate opened in 1920. Robinvale was a soldier-settlement estate opened after World War II.

The main irrigated agricultural products west of Swan Hill are citrus, grapes and vegetables. The unirrigated areas are used for sheep grazing and cereals. There is a more varied output between Swan Hill and Yarrawonga, extending to dairying, fat lambs, pome and stone fruits and meat cattle.

Aside from agriculture, the Murray Valley is defined as a tourist region, an aspect that only came to prominence several decades after the valley’s rural development. In 1944 representatives of 52 rural and provincial councils met at Yarrawonga and formed the Murray Valley Development League. They were concerned with postwar reconstruction and industrial decentralisation. Within 15 years motor car tourism had encouraged the building of motel accommodation, Mildura being an early exponent, and the attraction of year-round sunshine in the Murray Valley prompted the League to put tourist-industry promotion as its special objective for 1960. Attractions such as the Swan Hill Pioneer Settlement (1964) and the Echuca Wharf restoration (1974) emphasised the coming importance of tourism to the local economy.

The growth of tourism came at a time when the ill-effects of land clearing and irrigation emerged as a serious problem. The substitution of short-rooted crops for deep-rooted tree cover caused water tables to rise, bringing salt to the surface. Poor drainage where land became water logged exacerbated the problem. Swamp lands around Kerang were an early casualty of salinisation. It is estimated that areas of the water table around Shepparton rose from 25 m below the ground before irrigation to two metres in 1990. In 1965 the Murray Valley Development League began to agitate for remedial land works and in 1979 dropped ‘Development’ from its name because of the importance of land care and conservation.

The Murray Valley is neither the economically best or worst off of regions in Victoria. The following table sets out populations and median weekly incomes for all the municipalities from the South Australian border to the river’s headwaters. The shires either adjoin or are close to the river. Where the name does not readily describe a shire’s location, relevant town names are in parentheses.

The Murray Valley Development League (1944) added ‘Conservation’ to its name and in 1992 renamed itself the Murray Darling Association. The Association’s constituents were local-government bodies and it continued its work on development and conservation. It kept the name Riverlander for its newsletter until 2012, when it renamed it Basin Bulletin. That probably completed the transformation from a Murray Valley focus to a more national Murray-Darling focus. 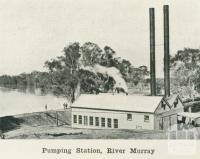 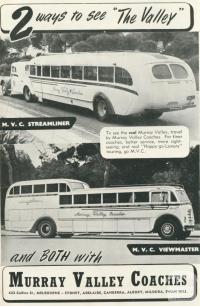 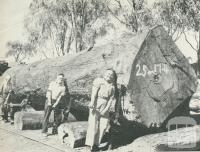 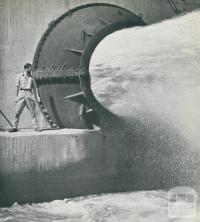