Mount Alexander Shire (1995-) is situated about 110 km north-west of Melbourne. It is reached by the Calder Highway, which passes 4 km west of Mount Alexander at Harcourt. The mount was named by the New South Wales Surveyor-General, Thomas Mitchell. He originally named it Mount Byng during his Australia Felix expedition in 1836, but later renamed it after Alexander the Great (compared with the naming of Mount Macedon after Macedonia).

The shire was formed on 19 January 1995, by the union of Castlemaine city, Newstead shire and most of Maldon and Metcalfe shires. Its main towns (from west to east) are Maldon, Newstead, Castlemaine and Harcourt, all former gold-mining centres. Castlemaine was originally in the Mount Alexander gold diggings (1851) and is the shire’s administrative centre. The eastern third of the shire consisting of granite ranges, has no significant town. Harcourt, towards which the western face of the ranges drains, is an orchard area.

Farming takes up slightly over half of the shire’s area of 1439 sq km. The main grazing activity is sheep and lambs, and livestock products in 1996 were valued at $11.9m. Crops, mainly apples, were valued at $14.4m. Tourism has become an important part of the shire’s economy, with Maldon being made a heritage town, and annual festivals are held in Castlemaine, Maldon and Harcourt.

The shire endorsed a new statement of commitment to local Indigenous people in 2014. The statement focused on providing opportunities for collaborations on environmental, cultural and economic projects, and included new signs welcoming visitors to Dja Dja Wurrung country.

The shire’s census populations have been:

The median age of residents at the 2011 census was 47 years compared with 37 for Australia. 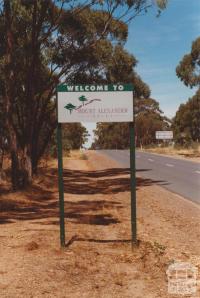 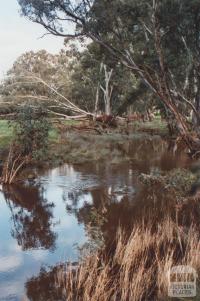