Miners Rest is a township 12 km north-west of Ballarat. It is thought that the name is descriptive of its location, having been a camping place for miners en route to the Ballarat gold diggings. Despite its proximity to Ballarat, Miners Rest was not a prominent mining area. Its undulating landscape – including several bald hills and a flat area which became a racecourse – made it predominantly agricultural.

A school opened in 1858, at about the time when the Ballarat Turf Club transferred its race meetings to the site at Dowling Forest, about 1 km north-west of Miners Rest. In 1865 Bailliere's Victorian gazetteer recorded Miners Rest as being almost entirely cultivated, apart from a few places being sunk for alluvial gold leads. There were seven hotels in the district, three with horse-racing names. The town itself probably had fewer hotels, and by the 1880s there were three churches. The trend to religious institutions strengthened, as was shown in the 1903 edition of the Australian handbook:

During the 1920s-70s Miners Rest experienced a gradual loss of rural population. A railway line through the district to Waubra was closed in 1968. Towards the end of the 1980s Miners Rest became suitable for rural/residential lliving. The town had a general store, a hotel, a modern supermarket, a Uniting church, a mechanics' institute, a quarry and a recreation reserve. The Dowling Forest racecourse is the venue for the annual Ballarat Turf Club meeting, and has held meetings for the whole Ballarat district and for the Ballan Jockey Club since 1969.

In September 2010 and again in January 2011 many parts of regional Victoria experienced widespread severe flooding. In Miners Rest about 10 houses were inundated when the Burrumbeet Creek overflowed.

Miners Rest's census populations have been: 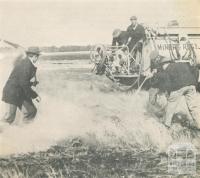 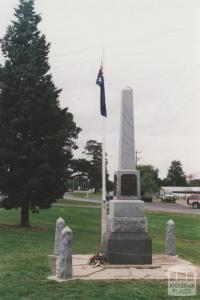 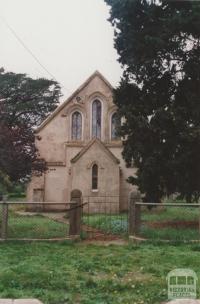