Metcalfe is a rural village 20 km east of Castlemaine. It is situated in hilly country and is on the Coliban River. It was the administrative centre of Metcalfe shire, 1865-1995.

During 1856-57 land sales occurred in the Metcalfe area and a government reserve was set aside. In 1861 the Metcalfe road board built offices in the reserve, and these subsequently became the shire offices (1865). Some mining was carried out in the area. Metcalfe, however, was situated on minor routes between Taradale, Redesdale and Kyneton, and scarcely grew beyond a hamlet. Nevertheless, new shire offices were built in Metcalfe in the early 1870s.

Metcalfe town and shire were described in the 1903 Australian handbook:

Metcalfe shire at first had only hamlets scarcely larger than Metcalfe until Taradale borough was united with it on 7 October 1870. Chewton borough was united with it on 2 May 1916. Even so, the shire’s population did not grow much from those additions, a reflection of the gradually declining gold mining. The change to agriculture was shown in the description of the shire in the Australian blue book, 1946: 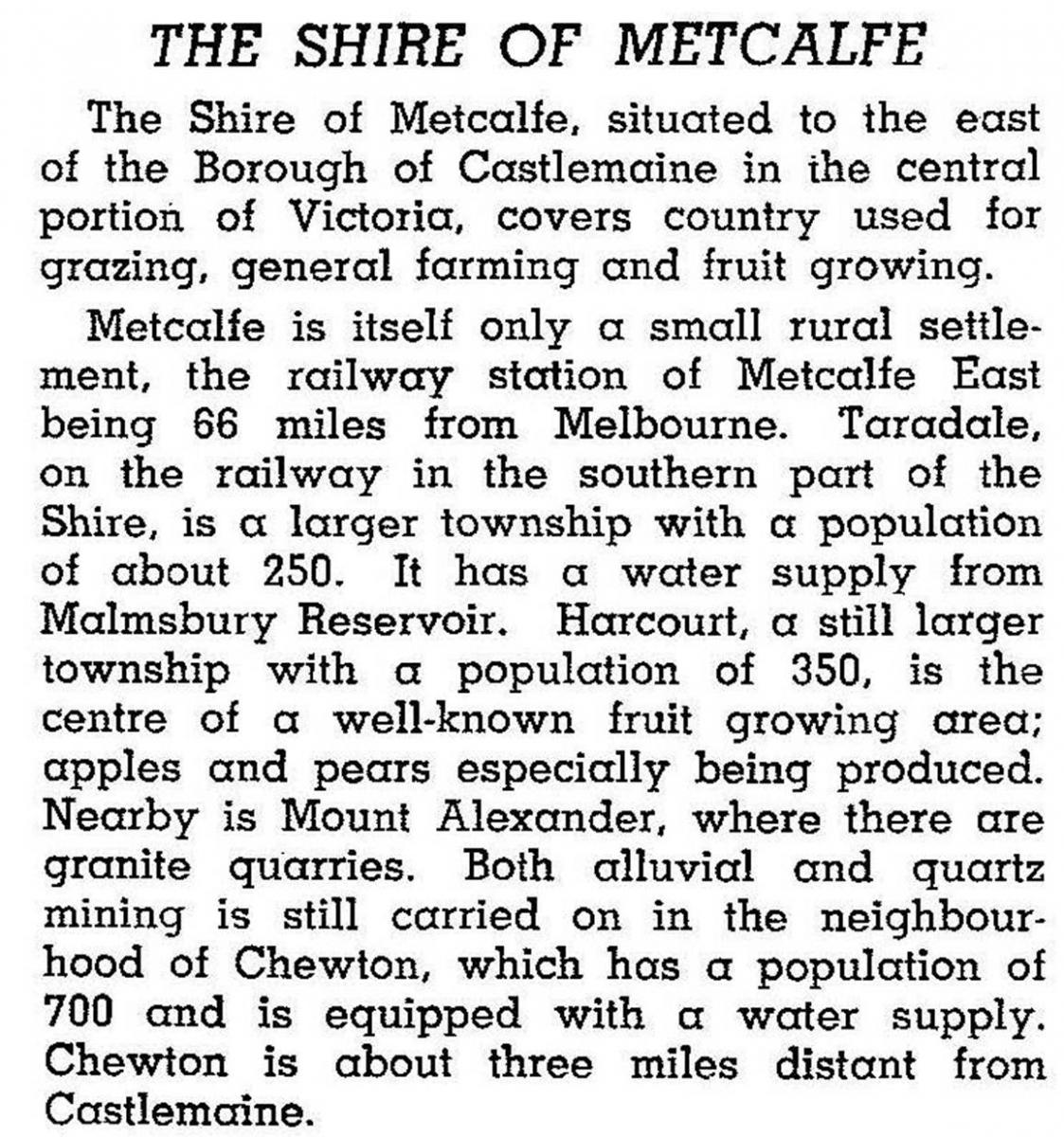 Other localities in the shire included Barfold, Barkers Creek, Elphinstone and Sutton Grange. The Calder Highway runs along the western side of the former shire.

The shire’s population increased from the 1970s. In 1975 it had substantial numbers of rural retreaters and permanent residents who had left Melbourne. Rural retreaters comprised 23% of the ratepayers, and 30% of them were in the Chewton riding. Sixteen percent of the shire’s agricultural land was held by rural retreaters.

On 19 January 1995, most of Metcalfe shire was united with Castlemaine, Newstead shire and most of Maldon shire to form Mount Alexander shire.