Lalor is a postwar residential suburb 17 km north of central Melbourne in the north of what was formerly Thomastown. Its western and eastern boundaries are the Merri Creek and the Darebin Creek.

In 1946 a group of ex-service personnel, mostly with links with the labour movement, formed the Peter Lalor Home Building Cooperative Society to provide cheap homes during a coming period of high demand and shortage of materials. (Lalor was the leader of the Eureka Stockade rebellion in Ballarat, 1854.) They chose land east of today's railway station, and engaged Saxel Tuxen, town planner, to design a garden suburb. Several streets are named after leaders during World War II. The Cooperative succeeded in beginning the house building but under capitalisation resulted in the program being taken over by the War Service Homes Commission. The Cooperative's ambition to form a new community was not unlike the motive for Germantown (later named Wesgarthtown), partly in today's Lalor on the western side of the railway line, which is discussed under Thomastown.

Lalor has expanded well beyond the Cooperative's land area. A primary school was opened in 1954, reaching an enrolment of 1000 in 1971, by when three others were opened. There are a Peter Lalor Secondary College and a Lalor Secondary College. A drive-in shopping centre is near High Street adjoined by a library, public hall and Catholic school, and a small group of shops at the core of the Saxel Tuxen street layout near the railway station.

Lalor’s eastern boundary has a linear park along the Darebin Creek, and there is the Lalor Plaza shopping centre near the Lalor East primary school.

West of the railway line and High Street there is extensive housing reaching to the Hume Freeway. The area has little shopping, but there are three primary schools, a community hall, the secondary college and a linear park along Edgars Creek. Adjoining the freeway there are the City of Whittlesea public gardens and indigenous grasslands.

Lalor’s census populations have been:

At the 2011 census the main religious affiliations of Lalor’s residents were: 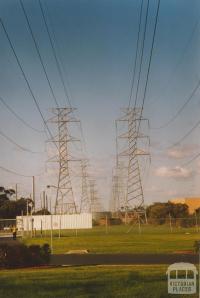 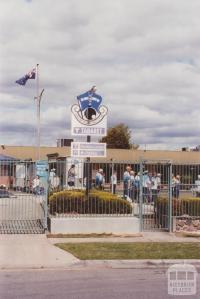