Until the shire was proclaimed on 31 May 1895, its area was administered by the northerly Hampden shire, headquartered in Camperdown. The chief areas of early settlement were on the edge of the northern lava plain, Cobden and Timboon on the Curdies River and Port Campbell on the coast. In 1892 the Curdies River area was opened by a railway from Camperdown to Timboon, facilitating market access for timber and dairy produce. During 1928-33 some of the Heytesbury Forest east of Timboon was cleared for additional dairy farms. 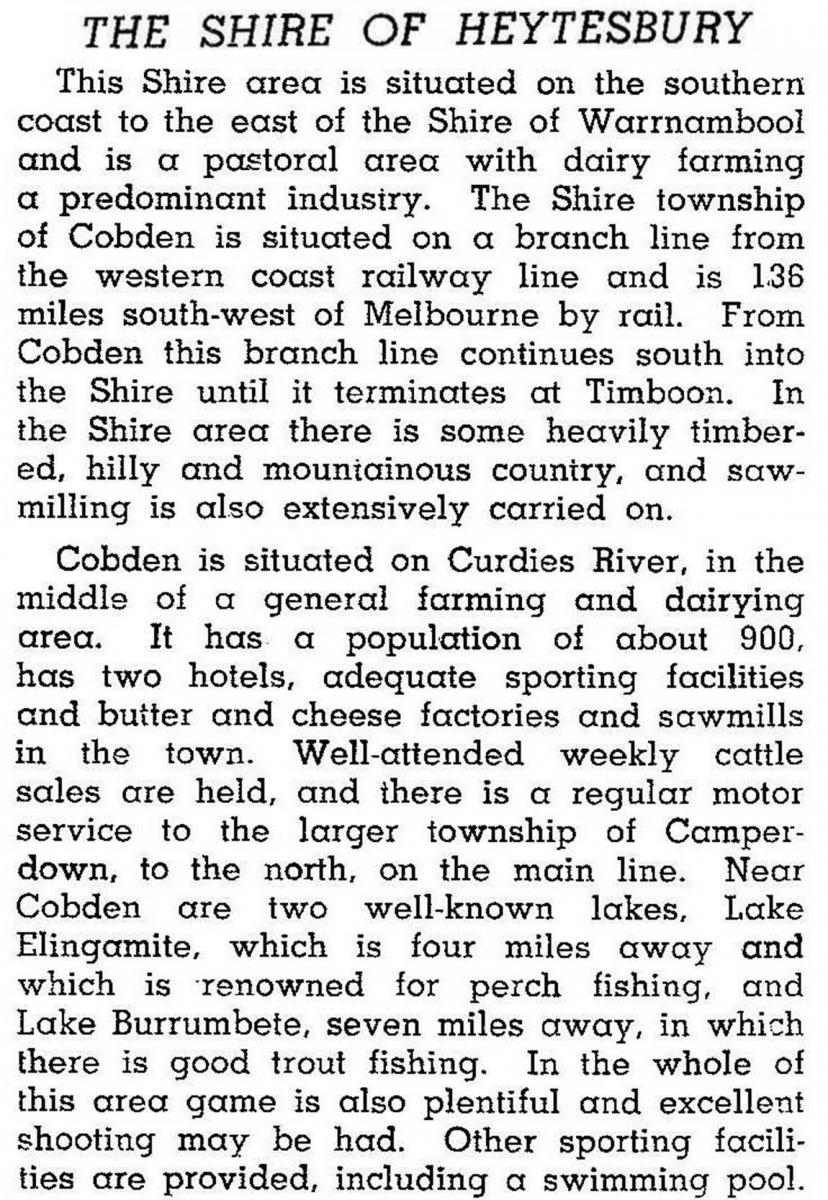 During the 1950s the clearing of much of the Heytesbury Forest was undertaken, faster and more effectively with heavy mechanised equipment. The clearance was almost entire, leaving only 25 of 450 sq km undisturbed. Nearly all of the cleared land was used for dairy farms. The Rural Finance and Settlement Commission established the township of Simpson near the middle of the Heytesbury settlement area. In 1989 the last parcel of farm land was sold.

The concentration of dairying in the Heytesbury shire moved the centre of the dairy processing industry from the Colac area to Cobden-Timboon-Simpson. Each of the latter had dairy factories.

On 23 September 1994, most of Heytesbury shire was united with most of Hampden shire, past of Otway shire, small parts of Mortlake and Warrnambool shires and Camperdown town to form Corangamite shire.