Heatherton is a residential and agricultural district 20 km south-east of Melbourne, between Moorabbin and Dingley Village. Originally named Kingston by the early settlers John and Richard King, it was renamed Heatherton by the postmistress and wife of the local school master in 1880, on account of the plant cover which was similar to Scottish heather.

The land at Heatherton was suited to dairying and market gardens. In 1867 attempts were made to have a primary school opened, which occurred three years later. It was called Kingston, more or less in keeping with the district's first name. Lying 5 km east of the railway line to Mordialloc, Heatherton has not been greatly affected by metropolitan housing subdivisions.

Heatherton was described in the 1933 Victorian municipal directory:

Several large recreational areas are in Heatherton: Kingston Heath Golf Club (1925), Capital Golf Course, Brighton Grammar School playing fields, the Karkarook Park and Wetland reserve on Warrigal Road and the Heatherton recreation reserve. The reserve has an oval, a public hall and an array of seven war memorials. Heatherton’s northern boundary was the reservation for the Dingley Freeway. Heatherton’s open spaces and much of the agricultural land along Old Dandenong Road is one of metropolitan Melbourne’s green wedges.

Heatherton’s census populations have been: 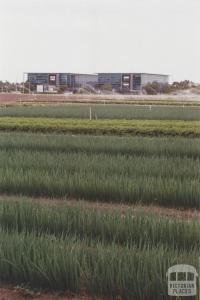 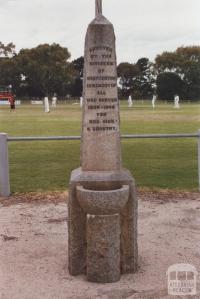