Fishermans Bend is an industrial locality in Port Melbourne, north of the Westgate Freeway and extending to the south bank of the Yarra River.

The place was most likely named after a bend in the old course of the Yarra River about 1 km north of the present stream, immediately east of where the Yarra was joined by the Maribyrnong River. The bend was eliminated after the construction of the new stream bed (known as the Coode Canal) in 1884-87. The place name moved south of the new stream bed and was applied to the flat sandy land west of Port Melbourne. The land had housing on its eastern fringe, and an unpleasant collection of noxious uses (goats, pig keeping and bone mills) on its west. There was also extensive sand extraction for the metropolitan building trades. The place name extended to the Hobsons Bay coastline where a Fishermans Bend jetty was built, approximately on the present day Sandridge beach; and an 1887 map showed the Yarra River, immediately north of its entry to Hobsons Bay, as Fishermans Bend.

The Port Melbourne Council had a long fought contest with the State Lands Department and the Harbor Trust for housing to be constructed at Fishermans Bend, that is, the area west of Graham Street and along Williamstown Road, from about 1910 until 1925. In 1926 the State Savings Bank began its Fishermans Bend estate between Graham Street and Beacon Road, and built 184 houses by 1930. The estate’s development was stopped by the Depression but building resumed in 1938. The following year the Garden City estate, immediately west, was begun.

Industrial development at Fishermans Bend, that is, north of Williamstown Road, also began in 1930s when the Lands Department was finally stopped from allowing sand extraction. General Motors-Holding built its factory there in 1936 and the Commonwealth Aircraft Factory established a war time plant. From that time the name Fishermans Bend was applied to the industrial areas. The Aircraft Factory had an airstrip which was used for motorcycle and car races during 1948-62. The Westgate Bridge cut through the racing circuit.

There are buses from central Melbourne and St Kilda to Fishermans Bend, terminating at the site of a proposed urban renewal site beside the freeway as it crosses the Yarra River. In 2011 the State Government announced plans for redevelopment of much of industrial Fishermans Bend, comprising about 200 hectares, including skyscrapers. In area, it would be a repeat of Docklands; and possibly a repeat of Docklands high density scale, although the Government disavowed any such intention.

An independent secondary school was planned to open in Port Melbourne in 2016. The independent secular Sandridge School is set to open to year 7 students and will be housed in a heritage art deco building at the old Symex soap factory to service the growing suburb of Fishermans Bend. 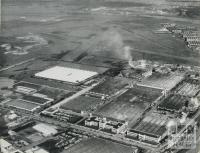 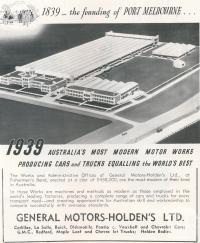 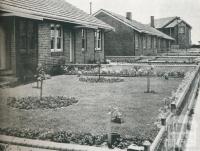 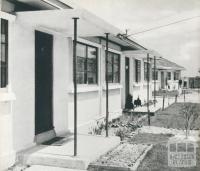