Most of the shire's population hugs the coastal fringe, particularly around the Gippsland Lakes, dominated by Bairnsdale, Lakes Entrance and Paynesville. There are numerous other coastal towns and rural/residential localities within commuting distance of the main centres. An exception is inland Orbost on the Snowy River, 15 km from the coast, but it has a remarkably equable climate with mild summers and winters. It also has the advantage of fertile river flats and accessible forest timber reserves.

The shire takes in about three quarters of the statistical division of East Gippsland, and it has been within the shire that most of the controversy affecting East Gippsland has occurred. Some of the coastal urbanisation has aroused controversy, but it has been the inland old growth forests that have been a source of long running conflict. The Bonang Highway from Orbost to the New South Wales border skirts the eastern side of the relatively inaccessible Erinundra plateau. Years of protest and blockades led to the plateau being made a national park in 1988, but not quite including all the old growth forest. Logging at Brown Mountain just west of the park boundary in 2009 took 500 year old trees from a watershed area, the timber destined for overseas paper mills.

Three main river systems flow through the shire. The most easterly, the Snowy, flows through Orbost. The Tambo and Mitchell Rivers, passing through Bruthen and Bairnsdale respectively, run into the Gippsland Lakes. Their lower reaches have good farmland for vegetable growing, dairy farming and general grazing.

Further west, not in the shire but in the East Gippsland statistical division, there is Wellington Shire (including the former Alberton, Avon and Maffra Shires and most of former Sale city and Rosedale Shire). This area has the Macalister, Thomson and La Trobe stream systems, entering the lakes as a single river south of Sale. The lower river reaches also support intensive farming, aided by irrigation from the Glenmaggie Weir, with dairy processing centred at Maffra.

In 1925 there were 23 dairy factories in East Gippsland:

By 1954 there were ten dairy* factories.

Timber mills were as ubiquitous as dairy factories. In 1970 there was an all-time high of 63 mills. In 2011 East Gippsland had eight, including two in Bairnsdale and three in Orbost. Both timber and dairying were helped by the railway, Bairnsdale to Orbost 1916 to 1987, and branch lines to Maffra and Briagalong. The line from Melbourne now ends at Bairnsdale.

East Gippsland Shire is headquartered at Bairnsdale, with branch offices at Lakes Entrance, Omeo and Orbost. East Gippsland's census populations have been: 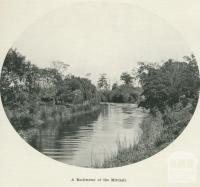 A backwater of the Mitchell River, 1918 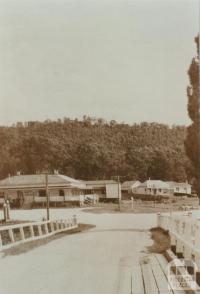 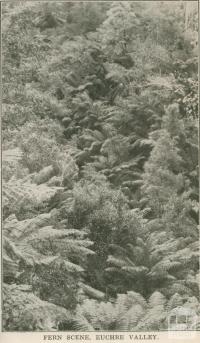 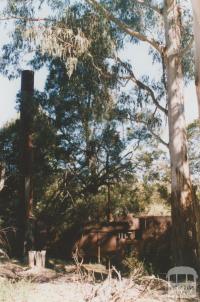