Cremorne is a residential and decreasingly industrial suburb south of Richmond and 3 km east of central Melbourne. It was gazetted as a suburb in 1998 but the name has existed since 1853. The suburb’s boundaries are Punt Road, Swan Street, Church Street and the Yarra River.

The area now occupied by Cremorne consisted of six north-south Crown allotments sold during 1846-49. Part of the allotments was acquired by James Ellis in 1853, who laid out the Cremorne Gardens amusement park in the vicinity of the south end of Cubitt Street. (They were apparently named after the Cremorne Gardens (c1845) in Chelsea, London). The gardens were acquired by George Coppin who popularised them with a pleasure boat service on the Yarra. Coppin sold the site in 1863, and it was subdivided by Thomas Bent in 1884. There was already considerable settlement in Cremorne, including a Church of England in Cremorne Street (c1857) and three church schools at various periods from 1857 to 1878. A government school was built in 1878, and attendances reached 660 in the 1890s. The reasons for the high attendances were not hard to find.

Cremorne had railway stations at Richmond and East Richmond. There were large factories employing people who lived close so they could walk to work. Some of the factories still stand: a malt works (1880) in Gough Street, the Richmond power station (1891) in Oddy’s Lane and Bryant and May’s match factory (1909). All are heritage listed. The massive Rosella food preserving complex (1905) in Balmain Street was thought to be the largest of its kind in Australia. There were also garment factories around the railway station. All were big employers of migrant labour in the 1950s to 1980s.

The brewing industry and the malting firm, Barrett Burston Malting, occupied a large site on the north bank of the Yarra River from 1880, to which were added barley silos in the 1950s and 1960s. The most famous one bears the Nylex Plastics clock above Punt Road installed in 1961 which displayed both the time and temperature. In 2002 developers submitted a plan to Yarra Council that involved the demolition of the silos and their replacement with a 10-level office complex. The landmark clock was switched off when Nylex went into receivership in 2009. The sign, however, was to be retained to sit atop the new office block. The undeveloped site was purchased by property developer Caydon in 2014. The clock briefly came to life in January 2015 when it was mysteriously switched back on by a group calling themselves the Nylex Clock Collective. The sign had been immortalised through mention in the 1987 Paul Kelly song 'Leaps and Bounds'. The malting works moved to Somerton, an industrial and business suburb 21 km north of Melbourne.

Several large manufacturing firms closed in the 1980s to 1990s. Hard working migrant families moved to outer suburbs. Some of the houses fell into illicit uses, including several brothels. Even the criminal classes, however, could not resist gentrification and a rising property market. Cremorne’s residential makeover culminated in its gazettal as a separate suburb in 1998. The Swan Street shopping strip prospered, and Cremorne claimed the heritage listed Dimmey’s store (1907) and the former Richmond South post office (1905).

The Kangan Institute (TAFE) occupied the former two Cremorne primary school sites and in 2012 the State Government stated its intention to sell the site. Residents thought that a high school would be a better idea as their nearest co-educational campuses were in Collingwood and Kew.

Cremorne’s census populations have been: 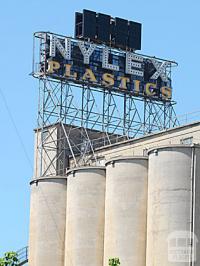