Somerville, a town in a diminishing rural hinterland, is toward the north of the Mornington Peninsula, 13 km east of Mornington. It is 50 km south-east of Melbourne, on the railway line from Frankston to Crib Point.

The origin of the name is obscure, except that it was probably a preference expressed by local farm selectors in the early 1860s. It may have been named Somerville as a compliment to a British official or notable person, as Mornington and Cranbourne were named after British public figures. 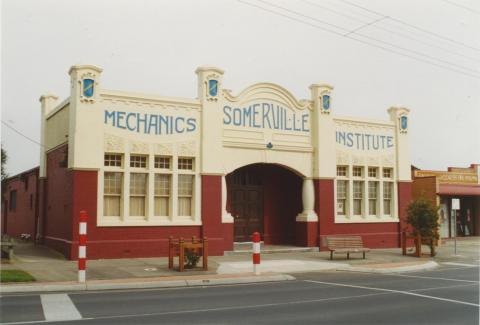 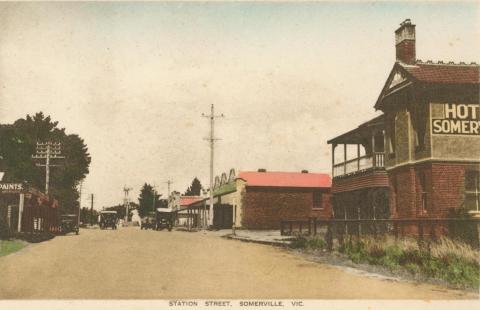