Laburnum is a residential locality 16 km east of central Melbourne between Box Hill and Blackburn. It is named after a shrub with yellow flowers, also called ‘golden chain’.

Laburnum's early European settlement and postwar residential growth were part of Blackburn's. It is bounded on the south by a linear park along the Blackburn Creek. The housing allotments and streets are well planted with trees.

The railway station and the primary school were opened in 1958 and 1964 respectively. 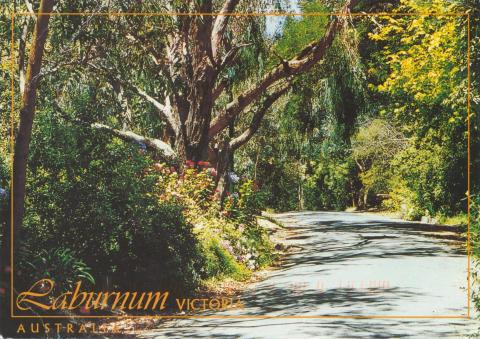