Gowar is a rural locality 7 km south-east of Maldon. It was known as Muckleford North until 1880, but one hundred years later Muckleford North has probably become the name more often used. It is thought that Gowar derived from an Aboriginal word meaning big hill.

There were minor gold rushes at Muckleford but nothing permanent eventuated. The Muckleford Creek, however, was a source of permanent water for agriculture, the nearest such source for Maldon. A school for Gowar was opened in the early 1870s and closed in 1908. The stone ruin remains. 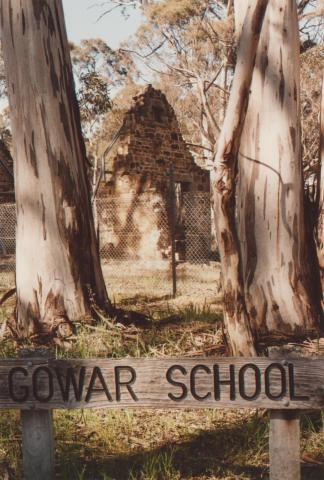