Gerang Gerung is a rural locality on the Western Highway and the Horsham to Adelaide railway line. It is about midway between Nhill and Dimboola. The name is thought to be derived from an Aboriginal word meaning leaf or branch.

Pastoral occupation began in 1846 and closer-settlement farms were first taken up in 1874. In 1881 a water-storage reserve was established, and soon afterwards the nearby Junction Hotel was opened. Three years later a school was built and, in 1887 when the railway line was put through, the village of Gerang Gerung was surveyed. 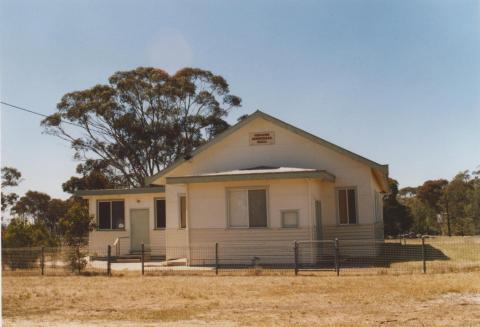