Campbellfield, a residential and industrial suburb 17 km north of central Melbourne, is situated east of Broadmeadows. It is on the Hume Highway and its eastern boundary is the Merri Creek.

Two families named Campbell, apparently unrelated, bought farm properties in the area in the 1840s. The land was lightly wooded, easy for grazing, and close to the Merri Creek. Other settlers of Scots descent brought a strong Presbyterian tradition to the area. The Scots church was built on Sydney Road in 1842, and replaced by the present heritage listed bluestone structure in 1855. A primary school was opened in 1846, and the site remained in use until disturbed by the widening of the Hume Highway in 1961.

By the 1860s Campbellfield had a village on the Sydney Road with three hotels and a disused flour mill. The flat country of Campbellfield was suited to pastoral pursuits and remained unaltered until the late 1880s when there was the prospect of a railway line from Coburg to join the main line to Seymour at Somerton. The Coburg and Campbellfield Land Co acquired control of large speculative landholdings west and south of the railway station. (The land to the west became the Broadmeadows Military Camp, enclosing a pocket of freehold land which contained the Meadowbank homestead, built by a Scots settler, Alexander Gobb, in 1850. It is on the Victorian Heritage Register.) The speculative subdivisions were unsuccessful, but smaller farm allotments released before World War I sold better. Clay pits were opened, and the clay transported for brickmaking at Brunswick.

Campbellfield remained a village patronised by small farmers. It had two hotels, a store, bakery, confectioner and a smithy. The hotels and the Presbyterian and Methodist churches constituted the social centres, apart from sports matches in a paddock (c1900). In 1903 the Australian handbook described Campbellfield:

In 1951 the Housing Commission took control of land in Broadmeadows and Campbellfield for a housing estate, and in 1956 commenced the disposal of a large wedge north of the village between the railway line and the highway, for the Ford motor car factory. A number of other factories followed in a few years. In 1960 a land-development company, Paynes Properties, marketed a residential estate east of the Scots church. An electrified train service began in 1959, letting Ford workers off at a new station, Upfield.

Campbellfield's residential area behind the historic Scots church has the Campbellfield Heights primary school (1971) (197 pupils, 2014), small neighbourhood reserves and traffic restraint measures on some of its streets. Viewed from the highway and arterial roads, Campbellfield is best known for Kmart and the former Pipeworks Fun Market. There is an Islamic cultural centre and a Chaldean Catholic church (2005) built mainly by Iraqi Christians. On the west side of the Hume Highway the claypits are the site of a reserve, the military barracks have been halved in area since the 1980s and the Campbellfield primary school superseded by the Upfield school.

On Campbellfield's eastern side there is the Galada Tamboore grasslands reserve, adjoining the Merri Creek. It includes wetlands and a geologically important gorge opposite Barry Road.

In a blow to motor industry workers, the car part factory CMI Industrial in Campbellfield closed in 2012 and in May 2013 Ford Australia announced that it would close its Broadmeadows factory in October 2016, involving a loss of about 700 jobs.

Campbellfield is an ethnically diverse suburb.

Campbellfield's census populations have been: 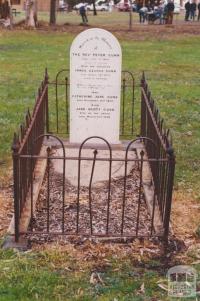