Land selections began in the Boronia area in the 1870s, and the Ringwood to Upper Ferntree Gully railway was built in 1889, passing through Boronia, but not providing it with a station. The nearest station was Bayswater, now the immediate city-side neighbour. In 1920 a railway station was opened at Boronia, by when the place name was five years old.

The name arose when the Fern Tree Gully shire council asked the local councillor, Albert Chandler, to propose a name for the locality where he had established a large horticultural nursery in 1895. At the time Chandler grew Boronia plants as one of the main nursery products, and the Council agreed with the name he suggested.

Boronia railway station was neatly situated within 20 miles of Melbourne, attracting concessional train fares for workers. The Boronia landscape in turn attracted housing subdividers, Chandler offering his Boronia Station Estate four months after the station was opened. Others followed, one even offering a free block for the purchase of one over £50.

Five years before, when Boronia was named, a progress association had been formed, and its early task was lobbying for the railway station. It built a public hall on land donated by Chandler and achieved the opening of a primary school in 1923. Boronia's first general store opened in the same year. Between 1921 and 1923 three churches were opened, the first being the Church of Christ where Chandler's son Gilbert, was Sunday School superintendent.

Albert Chandler was a shire councillor and a Parliamentary Upper House Member until 1935. Gilbert Chandler succeeded him in both capacities, being knighted in 1958. He was Minister for Agriculture in 1955-73.

During the 1930s Boronia's population increased despite the Depression. There was an ample supply of land for housing, and city families could move out and live relatively cheaply. Land remained plentiful for the postwar expansion of metropolitan Melbourne. A high school was opened in 1957 (K-12 College, 489 pupils, 2014), two more primary schools in the 1960s and a Catholic primary school in 1964.

The commercial centre of Boronia is at a cross roads, the intersection of which is crossed by the railway line. There are main street shops, the drive-in Boronia Shopping Centre and several recreational facilities.

Teenage schoolgirl Siriyakon ‘Bung’ Siriboon went missing from Boronia Heights in 2011, and is the subject of an ongoing investigation by homicide police.

Boronia's census populations have been: 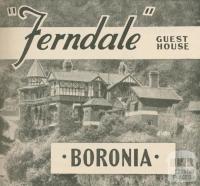 House in bush setting at Boronia, 1958 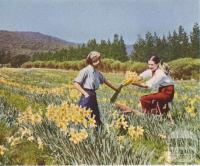 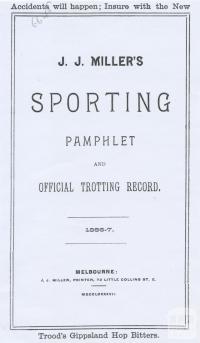