In 1845 James Moysey leased grazing land in the area and shortly afterwards purchased 32 hectares. He named his property Beaumaris Park, which derives from the Welsh coastal resort where Edward I built the Beau Marais castle. (The reason for Moysey's choice is unclear as he came from Devon.)

Beaumaris was beyond the railway extensions to Sandringham (1887) and Mordialloc (1881), but its coastal scenery drew the attention of entrepreneurs. In 1888 a Beaumaris Park Estate was auctioned, a horse tram service from Sandringham was provided and the Beaumaris Hotel was begun. Named as The Great Southern Hotel it was sited east of Ricketts Points, overlooking Beaumaris Bay and protected from westerly winds, with 61 rooms, a tower and promenade. Well back from the bayside the Royal Melbourne Golf Club established its course in 1901. Keefers boat shed and jetty, near the hotel, were built at about the same time. In 1903 the Australian handbook described Beaumaris:

In 1914 the horse-tram service ended. An electric tram service from Sandringham to Black Rock was opened in 1919, but the extension to Beaumaris did not come until 1926. It lasted only for five years. A school was opened in the Beaumaris hall in 1914, transferring to a permanent building on a site purchased from a market garden in 1917. Artist Clarice Beckett painted many evocative canvasses of Beaumaris, 1918-35.

The Black Rock-Beaumaris Progress League was active in the 1930s, chiefly aimed at attracting visitors to take ‘delightful walks along rugged cliffs overlooking the sapphire blue waters and among inland wild flowers’. Attractions included Honeysuckle Dell, Dingley Dell and Ricketts Point. Whilst housing was scattered, a contemporary municipal publication stated that land at Beaumaris always commanded high prices and its development into an area comparable to Toorak had been foreshadowed when the tram was connected. That particular prediction awaited the postwar years. In 1933 the Victorian municipal directory described Beaumaris as a popular watering place with a post office, concert hall, baths, hotel, factories, progress association and numerous beauty spots.

In 1959 the Beaumaris North primary school was opened, built on land that had previously been covered with moisture-loving ti-tree and mannagum (660 pupils, 2014). The land had been acquired six years before when increasing population was apparent. In 1958 the beginnings of a high school came with 90 students housed in the Methodist church hall, and the permanent site was occupied later that year. There is also a Catholic primary school.

Beaumaris has the Concourse drive-in shopping centre near the primary school (527 pupils, 2014), a smaller centre near the Beaumaris Hotel, and four parks/reserves. The largest is the Donald MacDonald reserve, named after the teacher and journalist whose nature writings were widely read. He died at Black Rock in 1932. MacDonald's ideas were continued in 1953 when the Beaumaris Tree Preservation Society was formed for conserving bushland in the face of land clearances for housing. The Beaumaris coastline is defined by Beach Road and a linear reserve with walking trails.

Beaumaris has both a yacht club and a motor yacht club, a bowling club and tennis courts. Ricketts Point is the most prominent part of the linear foreshore reserve and there is an adjacent marine sanctuary (2002).

During 1987-96 the median house price in Beaumaris was about 87% higher than the median price for metropolitan Melbourne. Over 80% of dwellings in Beaumaris are detached houses (2011 census), and about 16% of dwellings are row houses or flats (compared with 35% in neighbouring Black Rock).

Plans began in 2014 to convert the Beaumaris Hotel (1888) to apartments. The conversion would feature 46 apartments within the original building, 11 apartments built at the back in a block to be known as The Stables (in honour of the site's original 1888 stables) and six double-storey townhouses. The work would also include the reconstruction of the hotel's second level, which was destroyed in a fire. The hotel's turrets and towers would also be restored.

The Beaumaris coastline is represented in paintings by well-known artists including those of the Heidelberg School. While the Beaumaris Hotel was being built in 1888 artists such as Tom Roberts, Arthur Streeton, Frederick McCubbin and Charles Conder painted scenes along the cliffs. This is celebrated in the Bayside Coastal Art Trail, a coastal walk of 17 km from Elwood Beach to Beaumaris.

Beaumaris’ census populations have been: 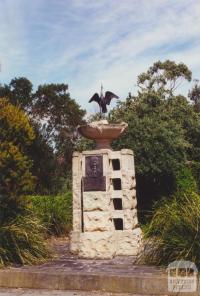 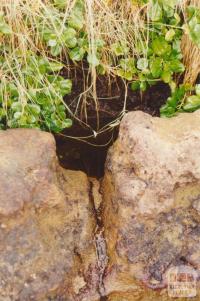